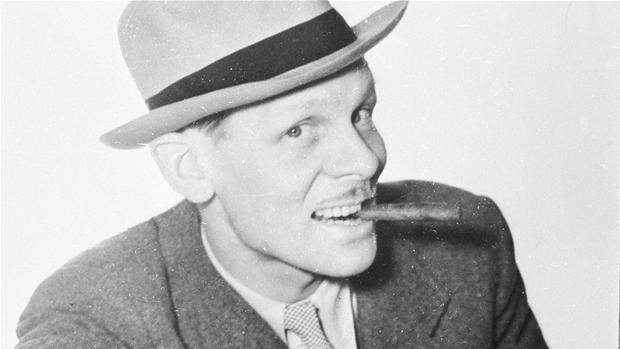 The occupation of Denmark began in the middle of the danish golden jazz era. The Germans came on the 9th of April 1940 and left, following their surrender to the Allies in 1945.

Contrary to the situation in other countries under German occupation, most Danish institutions continued to function relatively normally until 1943. Both the Danish government and king remained in the country in an uneasy relationship between a democratic and a totalitarian system until the Danish government stepped down in a protest against the German demands to institute the death penalty for sabotage.

During the war, a time which has been labelled as the Golden Age of Danish Jazz, Leo Mathisen reached huge popularity, particularly at the München establishment where he performed regularly for several years during the occupation.

Eventually he was forbidden to perform in English, so he resorted to Scat singing with a distinctive Copenhagen-English sound.

Mathisen’s main source of inspiration was Fats Waller, both his piano play and his singing, but the later years of his career saw some Bebop influence. His nickname is a reference to his first name as well as MGM’s mascot Leo the Lion. You know, the one who roars in the beginning of old movies. Mathisen is also remembered for his characteristic appearance with his flat, centrally parted hair, his thin moustache and, most notably, his fondness of large cigars. Cigars are of course also mentioned in this song. Here’s one of his most famous songs, ”Take it Easy”. It’s also a good advice: