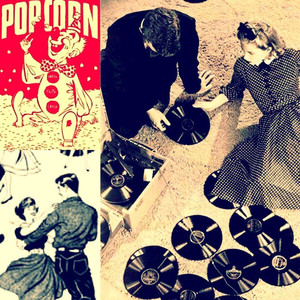 A couple of years ago. I set out to make a series of five playlist with Belgian popcorn music. This is the second one in the set. And it amongst other songs it includes my favourite popcorn song.

The song is ”Lament” by this very unknown artist, Mamie Perry. According to Discogs she recorded under different names. First as Mamie Ree for Combo in 1955. In 1957 she changed name and record company to Mamie Jenkins and Flash. Finally she recorded for Pioneer around 1959 as Mamie Perry. And thats when she released Lament. I prefer the slightly slower version of this song, which can be heard here:

Needless to say, the song was not a big hit at the time. Later, the song has turned into a popcorn classic. So much so, that the single recently was re-released on vinyl.

Apart from ”Lament” the playlist also includes a whole bunch of other popcorn classics and artists. I also included songs in Italian, Icelandic, Swedish and French, because popcorn comes in all languages. Since Popcorn sometimes overlaps with Northern soul there’s also a few of those to be found. You can find the entire playlist last on this page.

Before that I want to include another great song from the playlist – Peggy Kings wonderful ”Up, up, up” Enjoy!

I’ll return with the third playlist in the series another day.