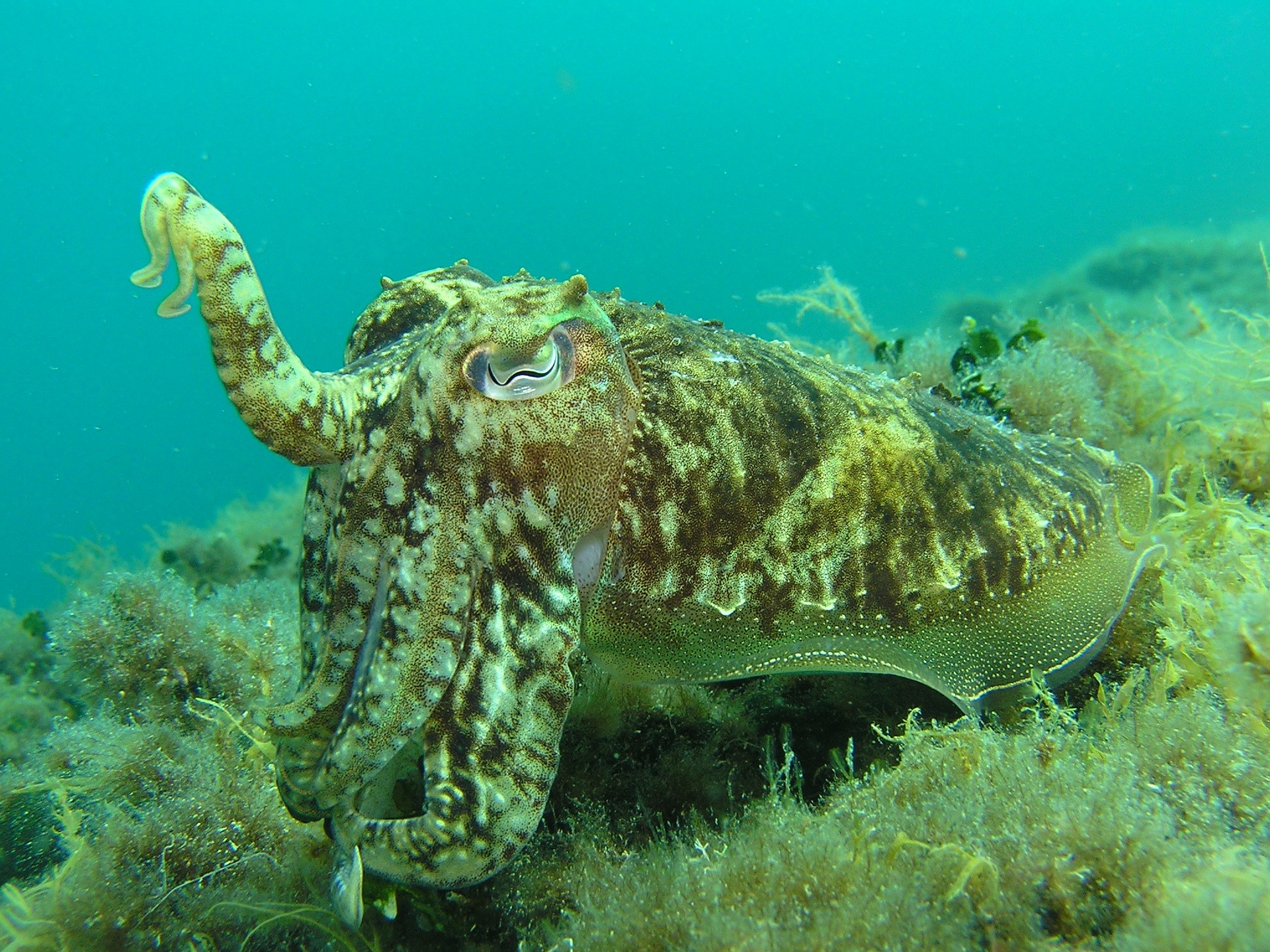 Last night in a periscope, while talking about religion I came out as the atheist I am. Perhaps a bit sloppy I wrote; ”I think God is man made since I don’t see any other animals praying”. Instantly I got the reply – so if you meet another intelligent animal  would you reconsider? This post is a more elaborate reply to that question.

But before anything else I’ll use this place in this post to tell you a bit about my religious background. My dad was raised in the Swedish Pentecostal Movement and my grandparents stayed true to that church until they died. I also went to bible studies as a young kid, since that was my grandparents wish and although my dad was a non-believer he was a good son, who wanted to make his parents happy.
I didn’t mind these bible studies, I loved the stories about Jesus. I also loved my grandmother a lot and have very fond memories of me and her saying prayer before going to bed. She also thought me a few that I can recite to this day. I believe this has shaped my fascination for religion till this day. There is comfort and togetherness in religion, but as I’ve said I’m an atheist.

For a long time I was agnostic, thinking there’s always a possibility there might be something else out there. I took the step over to atheism based on a belief in facts and science. I look at them and see no God. I also look at them and and see how man made God.

The human brain and it’s sense of time

A couple of weeks ago I was doing research into the first tools used by man. Apart from humans there are other animals who use tools but there is a significant difference. Other animals don’t save their tools for the next time they might need them. One day in the early human history one person started doing this. He or she left the cave one morning, thinking I’ll bring this tool, I might need it later – which is a revolution on it’s own. It implies a sense of abstract thinking and sense of time. ”Now” is not the only place a human exists, we also plan for moments to come, which is an abstract. That thinking alone is a typical human trait and it’s become the biggest part of our success as a species.

However with abstract thinking comes thoughts on life – it’s meaning and purpose. Especially since we have a sense of time. We are born, live and understand that later we die. People we love also die and death is really scary. Sometimes life is scary too. What if there is no major purpose or meaning to our lives? I believe we created God to answer those questions and provide comfort. Fundamentally I don’t see a problem with that solution either, for lots of people it works.

Human intelligence and other animals

So, would I reconsider my position as an atheist if I met another intelligent animal who believed in God? My answer is that I would of course go back to the drawing board, consider the new facts at hand, evaluate them and get back to you. Just as I have done.

On another level I propose that the term intelligence is a very human way to look and value different species abilities, also placing ourself on top of the world. From a different perspective, a leopard might not be as impressed with human intelligence and admire a fast swimming fish more.

One could also turn the question on it’s head and ask why animals who have met and even communicated with us so far haven’t picked up the God-habit? One way of explaining it is that they’re not as intelligent as us. Or perhaps they invested their energy in learning how to regrow an arm while we created God.

Personally, looking around at the other animals and alternatives to being, I’m pretty impressed with octopuses. They might not swim around and chit chat about the meaning of life or travel to the moon, but they’ve got other great things going for them: