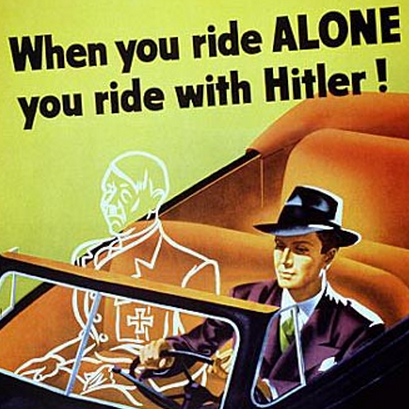 In these posts I’ve decided to mix facts, theories with my own thoughts and how I go about trying to get more sustainable. Too me it’s about taking small steps, improving, especially since I am far from perfect myself (just wait till I get talking about food).

If anyone wants to join in on this theme, feel free, also about sharing sustainable ideas and solutions. I’d really enjoy that.

My own journey took off when I worked for the Swedish research council (on environment, agricultural sciences and spatial planning), it really changed my perspective on climate change. Not that I mistrusted, didn’t believe or did things before that, I just got way more conscious – not just about all the bad things, there are good and exciting things happening too.

But to kick this off, my own carbon footprint is about 4,25 tons of CO2 per year. In Europe the average is around 8, and in the US a mind-blowing 18 (although they are not worse).
The average for the entire world is around 4 and we need to get down to 2 to be sustainable!

Those are pretty dreadful numbers. 🙁

(If you’re interested in your own carbon footprint there are a bunch of tests to take on the web, or use this one: http://www.carbonfootprint.com/calculator.aspx)

Now as indicated this juke is about trains and boats and planes – trrrransportation!

The U.S. transportation sector is responsible for about a third of it’s country’s climate-changing emissions. Globally, about 15 percent of manmade carbon dioxide comes from cars, trucks, airplanes, ships and other vehicles.
Also, greenhouse gas emissions from aviation in Europe has increased by 87% between 1990 and 2006. So we’re flying like we had wings of our own, which is a bit worrying.

Time for an interesting and more uplifting theory Peak Car:

””Peak car” is a hypothesis that motor vehicle distance traveled per capita, predominantly by private car, has peaked and will now fall in a sustained manner. The theory was developed as an alternative to the prevailing market saturation model, which suggested that car use would saturate and then remain reasonably constant, and GDP based theories which predict that traffic will increase again as the economy improves, linking recent traffic reductions to the Great Recession.

The theory was proposed following reductions, which have now been observed in Australia, Belgium, France, Germany, Iceland, Japan (early 1990s), New Zealand, Sweden, the United Kingdom (many cities from about 1994) and the United States. Traffic into London fell by 28% between 1994 and 2003 (prior to the introduction of the London congestion charge). A study by Volpe Transportation in 2013 noted that average miles driven by individuals in the United States, has been declining, from 900 miles per month in 2004 to 820 in July 2012, and that the decline had continued since the recent upturn in the US economy.” //Wikipedia

Traveling in my life, what I do and want to change:

I consume about 0.20 tonnes of CO2 on transport, as a passenger. No drivers license, no car and no plans to get either. I live in a city were commuting works alright. It takes me 7 minutes by bus to get to central part. There’s plans to extend the subway to my island. Infrastructure is key!

However, biking is the big thing. Over the last ten years biking has increased by 60 percent up here. Because they built safer roads for biking, it’s healthier, cheaper and since our city is growing faster than the highways, getting to work in your car (or commuting) need not be the fastest way to get there (peak car). ?
I used to bike much more before, but after my bike got stolen I haven’t. I’m gonna solve that in the spring and get back on it. That’s my first commitment for this theme. 😀

I fully understand that it’s different dependent on where one lives. In some areas you need a car to get around. But there are ways to drive more environmentally friendly (which is cheaper too). Here’s how to do it: https://www.bendigobank.com.au/generationgreen/sustainable-living/transport/reduce-offset-car-emissions.asp

I originally posted this text at Gods JukeBox (a forum for music lovers), combining my love of music with my interest in sustainability issues. The song that went with this post was Iggy Pops ”The Passenger”: